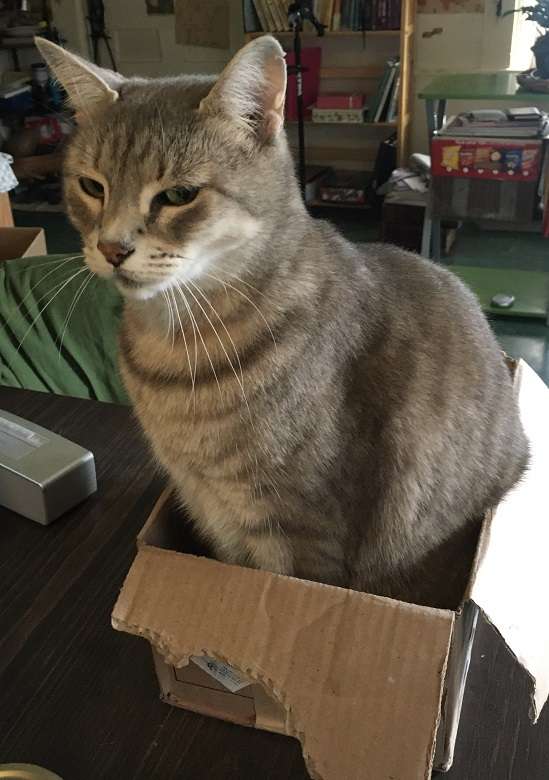 "Sleek, silver, and ready to slash!"

Animal type: One doesn't ask this sort of question of a feline of Sparrow's obvious distinction.
Age: We don’t know her exact age, but we think she is about 12.
Bio: Sparrow is named after Johnny Depp’s Captain Jack Sparrow character in Pirates of the Caribbean due to her glamorous natural eyeliner. Sparrow’s true origins are shrouded in mystery. She came into our lives one bleak winter day in 2010 when my partner and a coworker at Kennebec Valley Community College were strolling through the parking lot and heard plaintive cries coming from somewhere nearby. After a desperate search, they looked up in the wheel well of a Chevy Silverado and found a dazed silver tabby cart huddled above the tire, burned and bleeding. The owner of the truck had driven from Augusta that morning, and it was clear she had somehow climbed up into the truck the been trapped when it started moving. She had no collar or microchip, so we never found out where she came from.

We brought her to the Animal Hospital of Waterville to get the care she needed to convalesce, and we soon discovered that not only was she spunky and beguiling, but she had a wild side too, as evidenced by the cool female sign tattoo on her belly someone must have given her when she was spayed before we found her. Little did we know that was just a sign of things to come with the cat we would soon come to know as “Big Silver.”

Once she was fully recovered from her impromptu trip in the truck, we welcomed Sparrow into our home, which at the time included two young boys and two other cats. She wasted no time establishing her place at the top of the food chain in our household, relentlessly chasing the other cats into hiding and then endearing herself to all the human residents of the house by rolling on her back and looking adorable—not to mention insisting on attention by systematically knocking food dishes, beverage containers, and assorted other breakable objects onto the floor with a deft swipe of her paw whenever necessary.

Her favorite activities continue to be harassing other cats, lolling by the wood stove or in the sun, inhabiting any available box regardless of size, and suddenly being overcome by bouts of crazed wildness for no apparent reason. She also has a back foot that tends to kick her repeatedly in the face of its own accord, prompting her to wrestle with herself until she bites the defiant appendage into submission.

What is your ideal day? Sparrow likes to start her day by clawing one of the sleeping humans on the mouth at 3:30 AM to demand breakfast be served. She then likes to get her day off to a rollicking start by gorging herself on her food and the other cats’ food, followed by a quick check to see if there’s any more food to be had by pulling open the cabinet doors or perhaps climbing into the refrigerator. After her morning meal, she is overcome with fatigue and collapses to sleeping for 12 hours, after which she demands to go outside, rolls around in the dirt to make sure she is covered with dust, then strolls back indoors and vigorously uses her litter box promptly as the humans begin to eat dinner. The evening routine is capped off with an enjoyable round of attacking the other cats, or perhaps running around the house with a crazed look and chasing nonexistent prey.

What is your hidden talent? Ability to squeeze into boxes half her size. Getting out tends to be a problem.

What makes you different from other contestants? Let’s just say that in 60 years of owning cats, I have never had a cat like Sparrow.

What is your biggest pet peeve? Inability to control the weather, not being tall enough to open doors, and the fact that she needs to wake up and interrupt her daylong naps to eat occasionally. 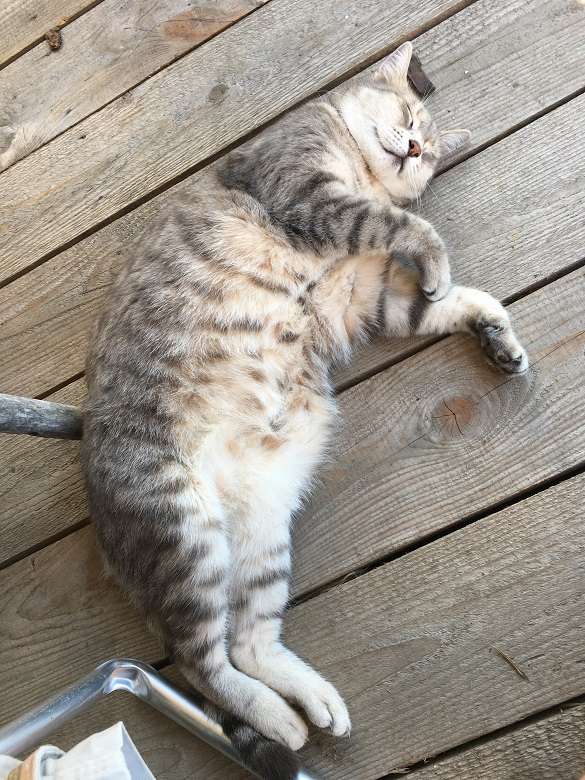 What is your  ideal partner like? Sparrow’s ideal partner would be a tomcat with a deeply ingrained need for approval who would snuggle with her all day when she decides to sleep for 10 hours straight, willingly be the brunt of her furious attacks on days when she’s feeling feisty, and gratefully accept the leftover water in her bowl after she splashes the entire contents on the floor when taking her morning drink.

What will you  do if you win? My pet will promptly order hundreds of dollars of cat food on Chewy.com, then immediately shred all the packing materials, haul the food out of the shipping boxes, and climb into the boxes to wait for anyone passing by she can ambush. 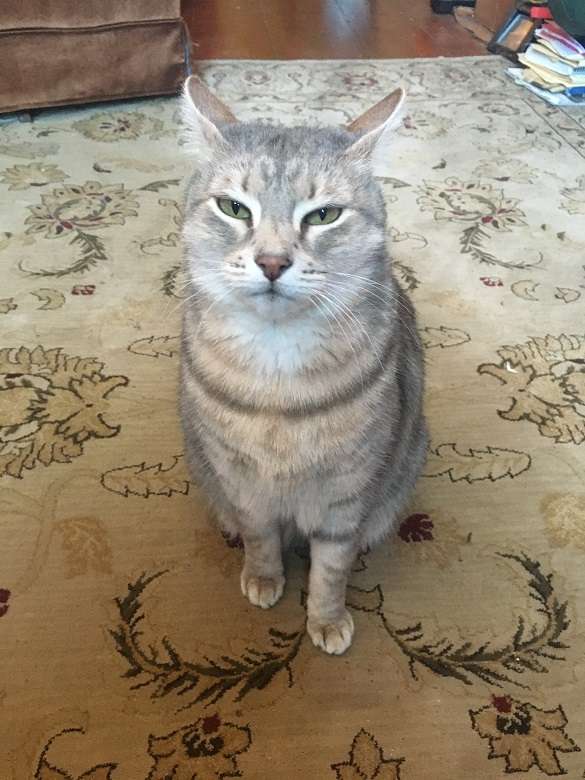 What survivor skills does you have (if any)? Sparrow has survived being burned and lacerated while caught under the hood of a pickup truck driving from Augusta to Waterville, being sprayed directly in the face by a skunk (twice, because she does not tend to learn her lesson even when it is painfully obvious), and serving regular periods of solitary confinement due to her insistent bullying of her geriatric sister, CC, who lives her life cowering from Sparrow’s domineering presence. Her badass nicked ear is also a testament to her willingness to go up against animals she would be better off steering clear of.

How long would you last in the wild before returning home? Although she has an impressive track record of surviving dicey situations, Sparrow is a comfort-loving girl at heart, and tends to run in the opposite direction when she senses that the outside temperature is anything less than 50 degrees. Given that she spends whole days lying on her back a foot away from the roasting woodstove, one could be forgiven for questioning just how long she would make it in the wild. 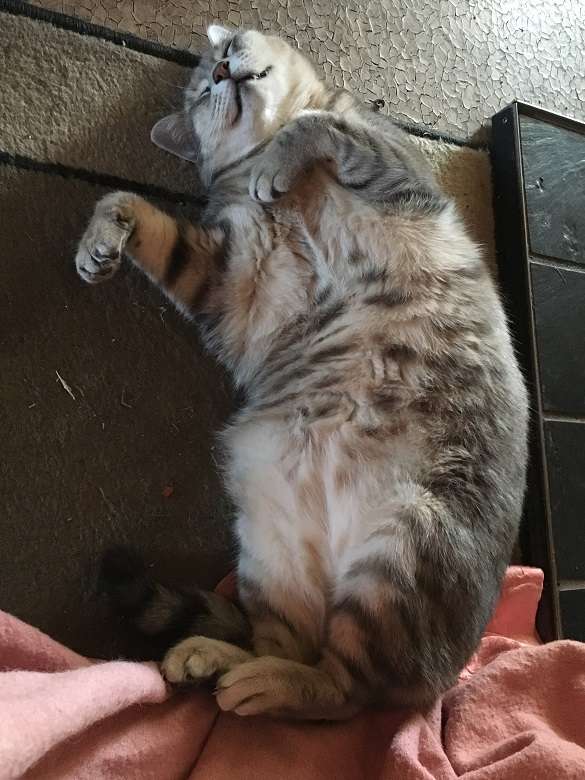 What would you do if you were stuck in the house with strange pets all day? Try to sneak up on them and kill them, which is why she frequently has to be kept in a separate part of the house during the day.

Which type of animal would you evict/ vote out? Every single one of them. 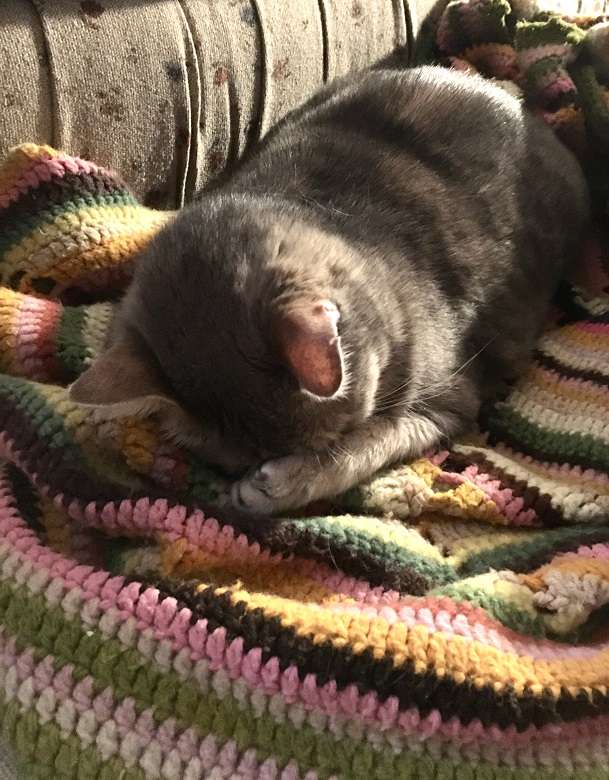 Are you the type to cry, scream, throw your water bowl at another contestant or standby and watch gleefully? As you might suspect, Sparrow has no problem announcing her own needs in very clear fashion, and does not hesitate to hurl objects, yowl in feigned distress, and play the victim when it serves her whims.