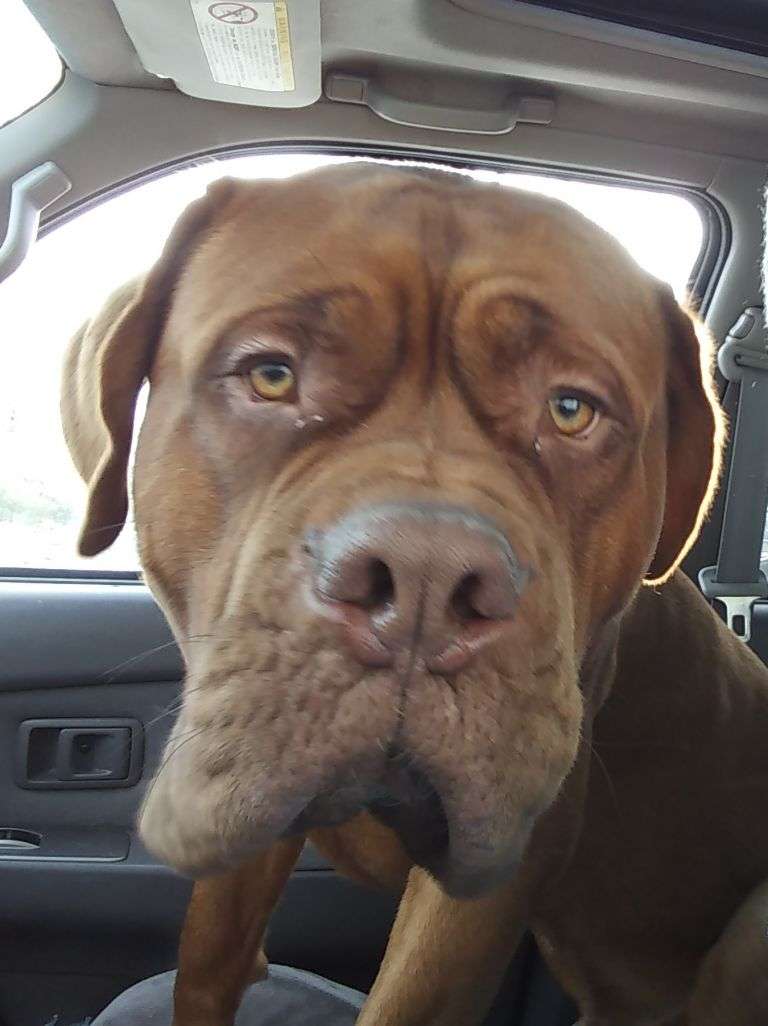 "Wake me up at dinnertime?"

Animal type: Big Dogue Bordeaux (French Mastiff)
Age: 1.5 years
Bio: Brutus is a 110 lb (still growing) French Mastiff, yes like Turner & Hooch.  He’s named after a Led Zeppelin song, ‘Bron-Y-Aur Stomp’. He’s from Connecticut- and he’s not the typical Bordeaux, he has a lot of energy and is always keeping us on our toes. He’s not quite used to being so big yet and still thinks he’s the size he was when he was 8 weeks old.  He loves belly rubs and treats, he is very food motivated. The only bad thing about this, is the amount of drool that comes along with it, he’s kinda’ like a faucet. He leaves nose art on my windows and you can tell where he’s been. He is very vocal and demanding, if he wants something he will make sure you know. He also likes a lot of attention and will also let you know this. His aunt is a Westminster champion.

What is your ideal day? Lounging on the beach with his whole family.

What is your hidden talent? Other than the nose art, he can jump really high, like taller than me.

What makes you different from other contestants? His size. He’s HUGE! I only know of two other Dogue de Bordeaux that is in central Maine. They are known as gentle giants.

What is your biggest pet peeve? Being left alone. 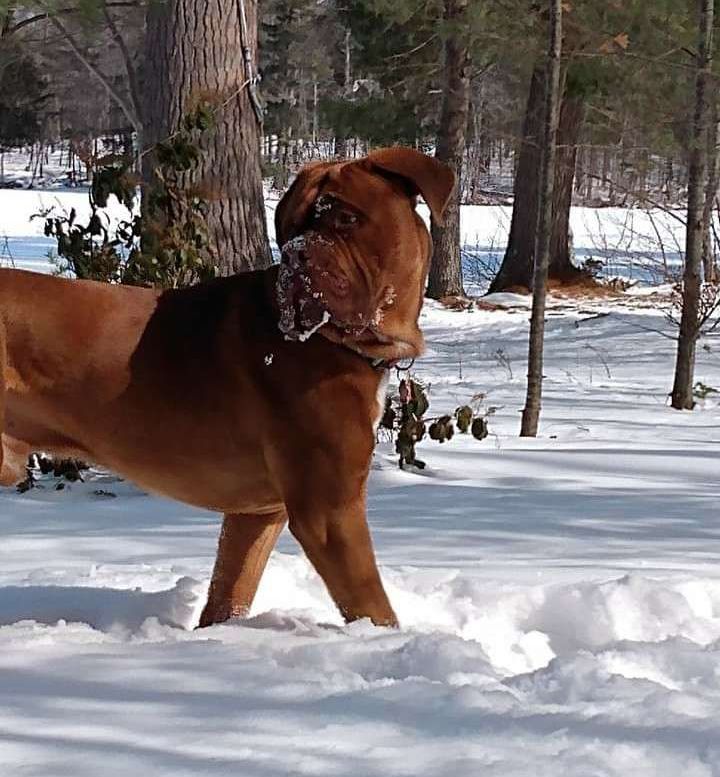 How long would you last in the wild before returning home? Not very long, he doesn’t like the rain, wind or the heat. 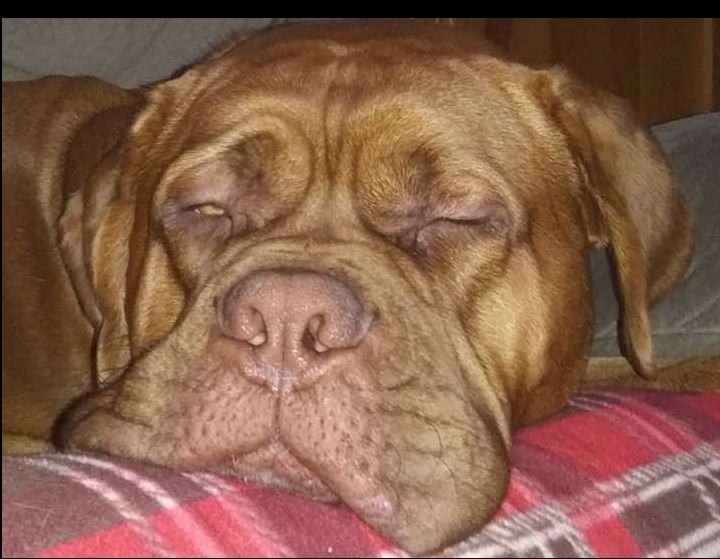 Which type of animal would you evict/ vote out? Squirrels.

What luxury item do you want? My shoes/boots.