A NIGHT OUT OF MURDER MYSTERY Update

On November 5, KBH hosted its fifth annual fundraiser, A Night Out, at the Calumet Club in Augusta. In previous years, this event has centered around comedy and has included improv and stand-up comedy. However, this year, the agency went in a different direction. In the spirit of Halloween, KBH partnered with the acting group, Mystery 207, for a night of murder mystery.

Mystery 207 is a popular murder mystery company. They stage crime scenes all over the state for events such as team building, birthday parties and everything in between. A murder mystery party is a themed event where attendees will work together to solve a fictitious murder which occurs during the party. They witness and participate in fun skits and check out physical evidence. By the end of the party, the team will try to guess who did it, how they did it, and why they did it.

The theme for this event: 1920s Speakeasy. Attendees dressed up in their best 1920s costumes and participated throughout the night in determining the killer while enjoying a plated dinner. The event also included a basket raffle and silent auction. Baskets and auction items were donated by KBH staff and local businesses. There were nearly 30 items that participants could win, and some participants won big! The big prize of the night was a cash bouquet worth nearly $600.

The event sold out within three weeks and raised nearly $16,000, a record for this fundraiser. KBH would like to thank our Faint Sponsor, Healey & Associates for supporting this event and the KBH mission. The event was planned by the KBH Connections & Wellness Team. 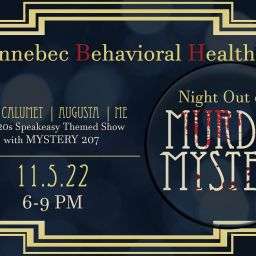 A Night Out of Murder Mystery 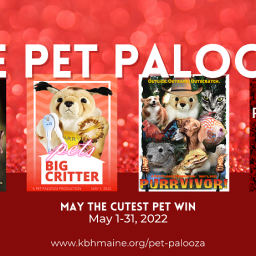 KBH hosted a virtual pet competition for the community to support the Substance Use Prevention & Intervention Program. 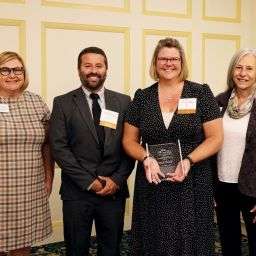 KBH presented three awards to local organizations and individuals during its 2022 Annual Meeting in Augusta.

Healey & Associates Sponsors A night out

Healey & Associates sponsors A Night Out of Murder Mystery at the highest level. 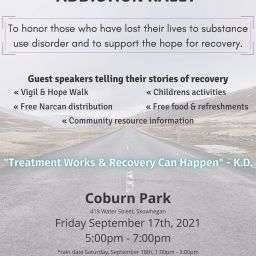